According to the Australian Parliamentary Library, in 1998, the year I applied for refugee status, there were 8257 protection visa applications lodged. Of that number, only 1834 were granted – 985 at the primary decision stage and 741 following review by the Refugee Review Tribunal. 108 were granted visas by ministerial discretion.

One of those was mine. 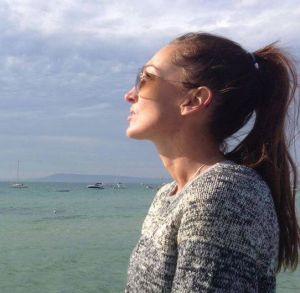 As there are hundreds of thousands of refugees worldwide each year, fleeing my home country and standing before the Tribunal in no way makes my story unique. Nor does the fact I was rejected for political reasons and later successful in joining that small group of 108 people who were chosen to be issued a visa on compassionate grounds. What I believe sets my story apart is the fact that I did not originate from a war torn or politically unstable country. I fled a country that actually takes in thousands of refugees each year. So of those 8257 applications I’m fairly confident that I was the only refugee fleeing Canada.

When I was 20, I fled Canada and came to Australia for two simple reasons; it was English speaking and as far from my past as I could travel. I stepped off of that plane 16 years ago not knowing one person and began to build the life I had always dreamed about as a child. I reported the abuse I suffered in Canada to Australian authorities. Knowing my life was in danger and there was no life for me back in Canada, I went underground and spent 2 years hiding in shelters and women’s refuges. I was put in contact with Australia’s leading trauma therapist, Dr Helen Driscoll. She had a lengthy wait list and was taking no further referrals. I had no money, no entitlements, but she took me on anyway. And in doing so she changed the course of my life.

In December 1998, I was told to apply for Refugee Status because the dangers I faced were as real and the suffering comparable to many refugees seeking protection.  My advisors said I was one of the “invisible refugees”.The problem with my case was it had never been tried before. There were no legislation, clauses,  or regulations stipulating that human trafficking survivors were to be protected. We knew I would be rejected – – and I was. During my battle to seek asylum I became pregnant. It didn’t make any difference. I was going to be deported anyway. What was being said was “Get rid of both of them before she is 7 months pregnant and can still travel”  and “Let her stay and have the baby. As the baby has an Australian father she will be able to stay but the mother has to go back to Canada.”

Dr. Driscoll never gave up. She continued to write to humanitarians,  Members of Parliament and anyone having any political influence who might be interested in helping my plight. My case landed in the hands of dozens of people who could have at least tried to fight for my freedom. Sadly, most people contacted we never heard back from or if we did, the standard response was, “Although we empathize with your situation, there is nothing we can do.” It was difficult to not lose hope. There was no way I could return to Canada and spend the duration of my life in fear – or worse. But it looked as though my dream of gaining freedom in Australia would never come to be. That is, until my letter came across the desk of Melinda Tankard Reist. She was working as an advisor to Independent Senator Brian Harradine and handled refugee matters. Unlike the others we contacted, Melinda looked at my case and instead of throwing it in the too hard basket, she took it personally and cared enough to write a compelling letter on the Senator’s behalf to the Immigration Minister Phillip Ruddock.  I have never forgotten how the letter ended: “Minister, I ask you to act in the best interest of this young woman and her unborn baby.”

I was eight months pregnant and even though I had moved in with my baby’s father, once you apply for a visa and receive a rejection – you are not awarded another chance. All other avenues had been exhausted. This was my final stop. My fate rested in the hands of one man. All we could do was wait for the Minister’s decision and hope it was favorable.

In June 2000, nine months after receiving the request to intervene, the Minister had come to a decision. After carrying my baby for nine months without any entitlements to health care, insurance or money to receive assistance in delivering my daughter, my fight to remain in Australia was over. I had been granted asylum on compassionate grounds at the Minister’s discretion and had been awarded a partner visa. I could finally begin my life a million miles away from where it initially began.

Fourteen years have since passed, and I never did thank Melinda for writing that letter. After being granted asylum I just wanted to leave that part of my life behind. I had two wonderful daughters, we were safe and I was content with that. I had survived and was focused on moving forward. But I realised  I could do so only because of the help of others, and when so many women in situations similar to mine continued to be left behind, it was my turn to go back and offer my hand.

I decided then to tell my story of determination, hope and love in the face of extreme adversity in a way that resonated with people and inspired them, rather than just caused them to pity me. To open people’s hearts and minds, helping them realise that they have the internal resources to rise up and not be limited by past suffering. That it is possible to not only survive trauma, but to flourish and go on to live a significant life.

And then, as it has so many other times throughout my life, serendipity breezes by and the universe helps fate along. As I started sharing my story, some significant names in the social justice arena began showing interest in what I was trying to achieve. A friend introduced me to Elliot Costello, son of Tim Costello, CEO of World Vision Australia. One Saturday morning a few months back, Elliot introduced me to his parents. We went to a cafe and they listened as I told my story. What I hadn’t expected was the twist that would surprise us all. Tim Costello seemed most interested when I started talking about never losing hope and the message I wished to convey to others about the freedom in forgiveness. When I mentioned my desire to bring awareness to the fact that human trafficking is not just a third world issue, he appeared to have had an “ah-ha” moment and told me he knew the perfect person to introduce me to – Melinda Tankard Reist, a strong advocate for women and girls and a leading voice in the anti-trafficking coalition.

As soon as he mentioned her name, my mind flashed back to the hundreds of support letters and documents I had filed away after gaining asylum. Scribbled across one document’s fax cover read, “For your records. Regards Melinda Reist.” The reason I remembered it so vividly was because after winning my freedom, I read over that support letter at least one hundred times. I quoted the closing words of the letter she drafted to anybody I told my story to. I shared it again. Elliot couldn’t believe it. Neither could Tim. 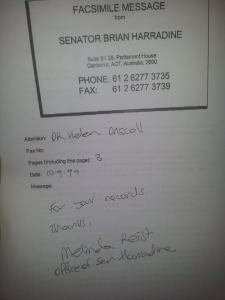 Tim looked at me with a smile and shook his head. Picking up his phone early that morning, he rang the woman who helped secure my freedom. She answered straight away. They spoke briefly and then he said, “Melinda listen, I have a young lady here with me at the moment who says you wrote a letter for her to Phillip Ruddock when you worked for Harradine that helped her get asylum.”

She then asked if I was the Canadian girl sold into the pedophile/prostitution ring. In his loud booming voice, Tim repeated her words across the table to me. I wanted the earth to swallow me whole as half the room dropped their fork and stared. Instead of nodding politely, I shot back, “Easy cowboy, I’m not printing t-shirts just yet!” Clearly she remembered me…as would the rest of that crowded cafe.
One month ago, again as luck would have it, Melinda and I were in northern Queensland at the same time. I was holidaying with my girls, and she was speaking at an international conference. We decided to catch up. I cannot begin to describe the emotions that came up for all of us. Fourteen years ago she wrote a compelling letter to help save two lives and standing before her was myself and the now teenage ‘unborn baby’ she wrote about. After spending all these years wondering how we had fared, now she could see for herself. Mother and baby were indeed very well!  And now we are working to address the trafficking issue.

My life may have been tough to begin with, but I have had more good people go out of their way to help than anybody I have ever met. The blessings in my life far outweigh the tragedies. I am loving living and very excited for the journey that lies ahead. 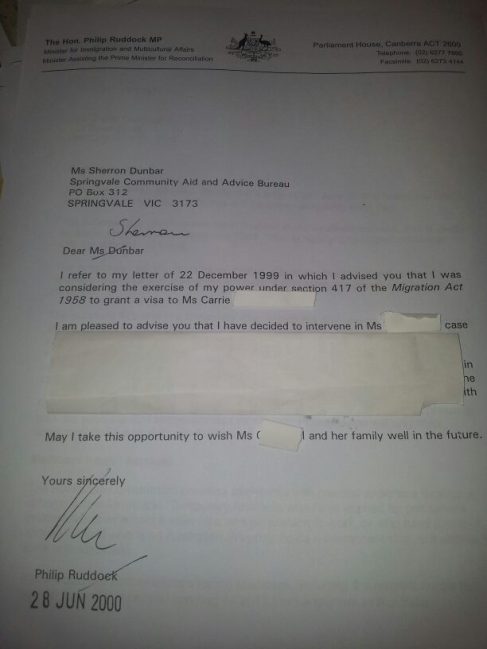 I don't see myself as an author with a book, but a woman with a story and a message of hope and resilience. I want to use my lived experience and the lessons learned to help inspire others. Transforming the victim/trauma story and speaking to the possibility of what can be achieved when we have inner drive, a sense of worthiness and the love and support of others in our lives. I am a woman, a mother, friend, poet, writer, an advocate, an activist, a motivational speaker, a kid at heart, a deep thinker...a human being who suffered extreme abuse as a child and who continues to reclaim what was lost as an adult. I am someone who's been to hell and back and has come out whole on the other side of it to let others know they can do the same! I have an important message of hope, love, forgiveness and resilience. Come take a journey with me and discover how connected we all are and how truly achievable happiness and freedom is.
View all posts by cjbailee →
Image | This entry was posted in Uncategorized and tagged asylum, exploitation, Melinda Tankard Reist, prostitution, Refugees, violence against women, World Vision. Bookmark the permalink.